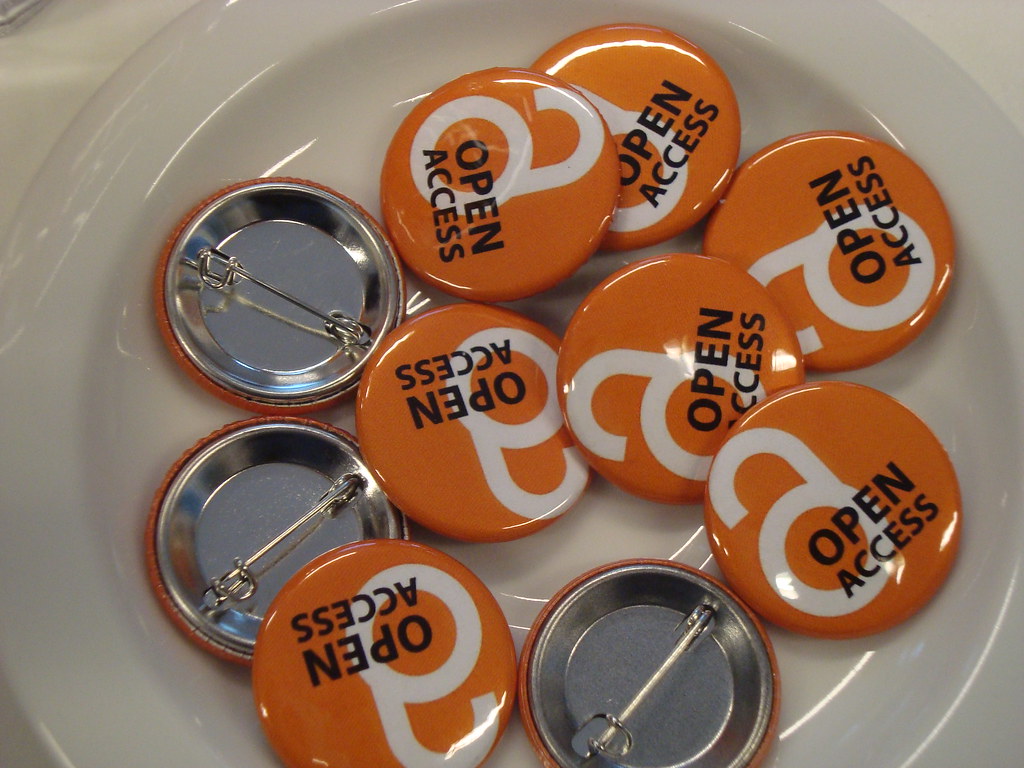 According to the research report by Hayes, Henry, and Shaw (2021), workflow management is increasingly germane to library operations, as patron needs evolve. While academic libraries are dedicated to supporting the educational and research missions of their associated institutions, around the world these undergo transformations, under the impact of digitization and the continued need to remove barriers to knowledge access. Likewise, librarians serve both faculty and student constituencies with differing content usage preferences and profiles. Thus, albeit to different degrees, libraries ensure the success of their patrons, in correspondence to their usage patterns. This takes place on the background of a more than 30% growth in digital resource adoption between 2020 and 2021, in the pandemic period. That can, however, be hampered by a limited user friendliness of library interfaces and systems, as enterprise services become increasingly important for knowledge discovery, such as for literature search purposes. This is also likely to contribute to the information- and productivity-centric transformation of academic libraries, as they become decreasingly perceived solely as book or journal warehouses. Similarly, transitions to Open Access emphasize the growing focus of libraries on expertise and skill transmission (Hayes, Henry, and Shaw, 2021). Reference Hayes, M.A., Henry, F.A. &amp; Shaw, R., 2021. Librarian Futures: Charting librarian-patron behaviors and relationships in the networked digital age. [online]: Lean Library. DOI: https://doi.org/10.4135/wp.20211103.
News, Open Access Experts Room

This post lists weekly links to Open Access-related links and materials for the week between June 13 and June 17, 2022.

Libraries can play an active, strategic role in transitioning scholarly monographs into Open Access https://www.jisc.ac.uk/blog/infrastructure-is-key-to-supporting-the-sectors-shift-towards-open-access-for-monographs-27-may-2022 In emerging markets, such as in Africa, misconceptions about Open Access continue to linger, due to low levels of awareness of the implications that Open Science has for scholarly stakeholders, e.g., publishing costs, quality assurance and copyright issues https://theplosblog.plos.org/2022/05/expanding-globally-listening-locally-open-science-in-africa/ Transitioning scholarly journals, as well as monographs, into Open Access makes available objective, evidence-based scientific results to the broadest possible audience around the world https://journals.lww.com/jbjsoa/Fulltext/2022/06000/JBJS_OA_Awards__Recognizing_Excellence_Among_Open.13.aspx Public libraries provide unrestricted access to creative works, scholarly knowledge and verified information https://www.6sqft.com/nyc-public-libraries-want-you-to-read-these-10-banned-books/ This Subscribe-to-Open (#S2O) Transparency Report of #EDPSciences discusses publication statistics, the transformative S2O model, and the revenue received from the Fonds National pour la Science Ouverte and the CNRS https://openresearch.community/documents/ruimy-anne-et-al-edp-sciences-smai-subscribe-to-open-program-2022-transparency-report-les-ulis-france-edp-sciences Open Science infrastructures can assist scholarly organizations with the online hosting and library discoverability of digital content in Open Access http://blog.archive.org/2022/05/25/music-library-association-opens-its-publications-at-internet-archive/ For developing countries and emerging markets, Open Science practices, and infrastructures, can facilitate the production of scientific knowledge, remove global and local barriers to the sharing of scholarly results and promote content discovery https://libsense.ren.africa/en/cote-divoire-braces-up-to-implement-unesco-recommendations-on-open-science/ Open Access can make critical scientific information, such as in the fields of healthcare and medicine, permanently available for stakeholder communities at research institutions and beyond https://walledculture.org/during-the-covid-pandemic-some-publishers-didnt-just-fail-libraries-they-exploited-them/ During the COVID-19 pandemic period, academic libraries around the world have been facing challenges related to internal budget pressures, external financial crises, publisher negotiation difficulties and digital book supply-demand discrepancies https://openresearch.community/documents/international-federation-of-library-associations-and-institutions-ifla-how-well-did-copyright-laws-serve-libraries-during-covid-19-research-report-the-hague-den-haag-netherlands-ifla-2022 Recent reports from Springer Nature indicate that in 2021 the usage levels of scholarly articles in Open Access were almost three times higher than those for closed-access, paywall papers https://group.springernature.com/gp/group/media/press-releases/oa-content-up-40-percent-across-springer-nature-tjs/23107468 Article processing charges can deepen inequalities between researchers in low-income countries and their counterparts in high-income ones, which demands multilateral, global, cooperative solutions https://www.nature.com/articles/d41586-022-01414-7  As recent findings suggest, in the scholarly publishing sector, the market forces of supply and demand go hand in hand with the economies of scale, since Open Access journals with higher processing charges also tend to publish less articles and vice versa https://www.the-scientist.com/critic-at-large/opinion-is-open-access-worth-the-cost-70049
Pablo Markin
Open Access Experts Room

Transitions to Open Access need to be accompanied by changes in journal evaluation criteria that stress inclusivity and diversity, such as in terms of publication languages used and center-periphery asymmetries https://www.researchprofessionalnews.com/rr-news-europe-views-of-europe-2022-5-predatory-journals-feed-on-incentives-not-ignorance/ For confirmatory research seeking to test analytical hypotheses with the help of empirical data, Open Access to study design is likely to have a beneficial effect on the validity and reliability of scientific results https://theplosblog.plos.org/2022/04/preregistered-peer-reviewed-research/ As recent findings indicate, at large-enrollment universities the usage of Gold Open Access content has demonstrated growth in both absolute and relative terms in recent years https://deltathink.com/news-views-how-does-the-growth-of-a-particular-publishers-open-access-content-factor-into-the-relative-value-of-a-big-deal-part-2-the-findings/ Insufficient levels of policy enforcement, repository funding and researcher awareness can reduce the effectiveness of Open Access initiatives, such as for clinical trial data sharing https://www.transparimed.org/single-post/covid-clinical-trial-registr On the background of its continued growth, Open Access remains a complex phenomenon, since it serves different constituencies, can be supported by divergent business models, allows for intellectual property rights retention and facilitates content reuse https://www.timeshighereducation.com/campus/why-does-open-access-make-publishing-more-complicated Digital collections of scholarly materials in Open Access can remove barriers to cultural heritage for both research communities and the general public https://rism.info/electronic_resources/2022/05/12/chopin-heritage-in-open-access.html  The Open Access sector is likely positioned on the intersection of both convergent and divergent interests of different scholarly publishing stakeholders, such as scientists, librarians, funders and publishers https://scholarlykitchen.sspnet.org/2022/05/17/20-years-of-public-access-to-the-results-of-federally-funded-research-an-interview-with-the-scholarly-publishing-roundtable-part-2/ While regulatory initiatives can be expected to promote the adoption of Open Access, different stakeholder groups are likely to favor dissimilar approaches to Open Science mandates and the role of market mechanisms in the publishing sector https://scholarlykitchen.sspnet.org/2022/05/18/20-years-of-public-access-to-the-results-of-federally-funded-research-an-interview-with-the-scholarly-publishing-roundtable-part-2-2/ Metadata management plays a critical role in making digital collections in Open Access discoverable across platforms, while enriching their representation in databases https://blog.library.si.edu/blog/2022/05/18/wikidata-artists-files/#.YodeB1RBxD8
Pablo Markin
Open Access Experts Room

Transitional agreements facilitate journal-level transitions to Open Access, while being compatible with Plan S requirements https://www.acs.org/content/acs/en/pressroom/newsreleases/2022/april/acs-publications-commits-entire-hybrid-journal-portfolio-to-become-transformative-journals.html Open Access to image reproductions of artworks removes cost-related barriers to the publication of scholarly monographs and collected volumes in the domain of art history, while promoting the dissemination of novel approaches and ideas https://medium.com/open-glam/emersons-nature-and-the-commons-42ef5312654a While support for Open Access to peer reviews appears greater among junior academics and scholarly authors than on average across stakeholders in the field of economics, e.g., active reviewers, uncertainty lingers concerning its benefits and implications https://voxeu.org/article/economists-want-see-changes-their-peer-review-system-let-s-do-something-about-it Though Open Science makes inroads across scientific disciplines, in the domains of humanities and social sciences it is likely to be encountering challenges related to field-specific research procedures, investigation methods and data formats https://blogs.lse.ac.uk/impactofsocialsciences/2022/04/21/what-does-open-science-mean-for-disciplines-where-pen-and-paper-are-still-the-main-working-methods/
Pablo Markin
Open Access Experts Room

In their recent piece on article processing charges (APC) waiver programs, published in Science Editor on February 21, 2022, Sara Rouhi, Romy Beard, and Curtis Brundy note that, even though the transition to Open Access publishing programs gathers pace, APCs likely pose a cost barrier to scholarly authors, while representing an author equity issue. At the same time, journal publishing models not based on Open Access invariably involve reader-facing paywalls, which amounts to a reader equity issue, since readers without relevant academic affiliation or disposable funds are not able to access scholarly content. In other words, the transition to Open Access resolves the reader equity issue by removing reader-facing barriers to scientific content at the expense of introducing the researcher equity considerations, as scholarly journals need to remain financially viable after they make their output freely accessible.  In her opinion piece, Sara Rouhi, the Director of Strategic Partnerships at PLOS, has approached the APC equity issue by contrasting equality and equity, while indicating that Global South researchers from low- and middle-income countries likely suffer from funding limitations, as compared to their Global North colleagues. Similarly, Romy Beard, formerly the Licensing Programme Manager at Electronic Information for Libraries (EIFL) working with libraries and consortia from developing and transitioning economy countries in Europe, Asia, and Africa, has contrasted the exigencies of the pay-to-read and pay-to-publish approaches, while indicating that APC discount policies fall short of fully redressing the inequities between the Global North and Global South countries. Yet, higher levels of APC waiver awareness, information availability and application uniformity can be expected to alleviate these disparities. In response, Sarah Rouhi explores the publisher perspective on APC waivers, such as at the PLOS, while exploring the attendant aspects of financial sustainability, cross-discipline differences, workflow shortcomings and inclusion effects. By presenting an institutional perspective, Curtis Brundy, responsible for collections oversight and scholarly communications at the Iowa State University Library, draws attention to the growing prevalence of transformational agreements that have the APC-offsetting arrangements built-in.
Pablo Markin
Open Access Experts Room

Open Access Facilitates Data Discovery, Was Instrumental During the COVID-19 Pandemic and Grows in Usage for Reference, Journal Databases

This room gathers individuals that have expertise in Open Access.