Academic publishing is an orderly market — the big players dominate the most profitable markets, while there is still enough room for medium-sized and small providers to make a living.  Many publishers have survived the first two decades of digitization so well, although the need for investment has grown significantly, and the economic reserves have shrunk for many.  The development of business models for the new digital reality, on the other hand, has remained manageable.  In this situation, libraries and publishers are challenged to integrate Open Access (OA) into their work processes — an organizational challenge from various perspectives that is difficult to solve by just a few players.

OA represents a significant shift in the economic decision-making process of academic institutions.  This mainly affects libraries, which in the past were not able to make decisions autonomously from scientific committees but were exposed to their influences in an organized form with relatively low decision frequency.  Plans for collection development were discussed and developed in detail and implemented over several years.  The offer of big deals for journals and eBooks by publishers, especially larger ones, encouraged this acquisition behavior — in libraries, acquisition and cataloging departments could be significantly thinned out as a result.  The result is a relatively high level of dependence on a very efficient business model, which customers usually do not appreciate.

On the other hand, publishers are traditionally accustomed in their processes to organizing highly fragmented target groups and content qualities through peer review, which is supported by academics and handled with the help of relatively efficient systems.  In this way, they can even cope with high rejection rates of submitted papers.

While publishers can handle and scale the high volume of individual customer relationships quite well, OA poses a new challenge for libraries: instead of being made at the level of a journal subscription, purchasing decisions are now often made at the level of articles.  What’s more, this decision-making process is not carried out by professionals in information retrieval but in the majority by laypersons in this activity.  Classics scholars, biologists, Germanists, and representatives of all other disciplines have to make decisions about economics and licensing conditions, usually without being adequately trained and informed to do so.  The result:  a massive need for information, which many libraries have met in recent years by setting up OA departments.  However, Knowledge Unlatched’s cursory surveys reveal that numerous scientists are overwhelmed by the task of selecting the right form of publication for them, while they practically universally welcome OA as a concept and would like to implement it in their work.

It is hardly surprising that, despite all reservations, the experience of the Big Deal in acquiring content quickly played a central role in the more efficient organization of OA.  Not just since the advent of Project DEAL in Germany and comparable deals around the globe, the players involved are striving to make deals that enable OA without requiring the same informedness from scientists as well as from librarians.

It is foreseeable that the Big Deal problems will arise in the same way as with traditional media acquisition, especially as read-only access and the ability to publish OA are combined.  The Big Deal is getting even bigger.

The inherently understandable need for simplification puts the structures of scholarly publishing under a burning glass: it’s a game of big with big.  A quick survey of transformative agreements by Dufour et al. demonstrates this (see https://halshs.archives-ouvertes.fr/halshs-03203560).  Scholarly institutions first sign agreements that show high publication and usage volumes.  The often-vaunted library diversity largely falls by the wayside, even with the most recent publishing models.  Large publishers with broad portfolios are better able to manage the change in business model.  This is all the more surprising since universities under considerable cost pressure — such as in the wake of the COVID pandemic and uncertain student numbers in, for example, the United States or the United Kingdom — have begun to dismantle the Big Deal and prefer to subscribe to journals individually (with the help of solutions such as Unsub.org).

Digitization in scholarly publishing is primarily a story of disintermediation:  journal agents and specialized booksellers have been systematically cut out of the content acquisition process of big houses over the last two decades.  They have been left with complicated and small-scale tasks and negative economic consequences.  The advantages for publishers with their own sales teams are obvious, resulting in increased profits and better customer contact.

To avoid misunderstandings:  Intermediaries are not uninvolved in this development;  too often in the past, they had failed to show or develop their share of value creation and, where this was not present, to reduce their costs accordingly.  The consequences for libraries and the market as a whole have been severe:  little has remained of the political agenda of OA of the early years, according to which the oligopoly of the big players was to be broken in the interest of more reasonable prices and maximum openness of research content.  While the Budapest Declaration of 2002 called for a significant reduction in costs, many of the current contract agreements give the lie to such a development:

“(…) experiments show that the overall costs of providing open access to this literature are far lower than the costs of traditional forms of dissemination.  With such an opportunity to save money and expand the scope of dissemination at the same time, there is today a strong incentive for professional associations, universities, libraries, foundations, and others to embrace open access as a means of advancing their missions.  Achieving open access will require new cost recovery models and financing mechanisms, but the significantly lower overall cost of dissemination is a reason to be confident that the goal is attainable and not merely preferable or utopian.”

Ways Out of the Impasse

But beyond political, perhaps even illusory goals, OA is confronted above all with real operational problems.  Libraries today face a multitude of legal peculiarities, requirements, and, above all, publisher-specific workflows.  While a few large publishers can offer their customers dashboards that more or less summarize activities for that one service provider, the vast majority provide communication about publication activity in the form of emails and Excel lists.  The entire administrative burden is transferred to scientists and libraries.  Research-intensive institutions in particular report a sharp increase in administrative workload and a high degree of non-transparency.  Large institutions have often had to create several staff positions for this purpose and can only account for the OA activities of their institution with considerable additional effort.  Convenient systems for handling standard processes and reporting, which have long been the norm in other areas of library activity, are lacking.

Against this background, Knowledge Unlatched (KU) was already contacted in 2019 by several libraries and scientific publishers from the USA, Great Britain, and Germany with inquiries whether a central software for handling OA could be implemented.

From Cockpit to Software Solution

The concrete response to these requests was preceded by an extensive project to understand the requirements better.  It quickly became clear that the development process would only make sense in close consultation with librarians.  The prerequisites and requirements of publishers and, above all, scientists also had to be understood.  In addition, the solution had to be usable worldwide and not become a special development for specific institutions.

After about 50 interviews with experts, a list of demands emerged that in some areas impressively underscored the structural problems for the broad implementation of OA.  In about 50% of the interviews, scientists, in particular, stated that they were so inadequately informed about OA funding options and processing models at their institution that they were unable to act appropriately in decision-making situations.  For example, when it came to the question of which journal by which publisher should be responsible for funding publication fees, the answer was unclear.

Librarians showed a remarkable degree of agreement in their requirements, regardless of the institution’s size, their specific subject orientation, or their geographic origin.  For example, the solution should be usable across publishers, media types, and contract types and enable users to trigger and monitor decision-making processes without lengthy training.  In addition to process control, librarians also wanted to be able to standardize and simplify monetary processing.  Finally, the interviewees wanted maximum integration with existing information flows, both with internal systems and external systems, such as administrative systems like Alma.  Interoperability quickly emerged as a key factor.

Oable as a Specialized OA Solution

To avoid expensive mistakes, a development process was agreed upon with five participating libraries, which compared the state of development implementation against the requirements in bi-weekly iterations.  Within about six months, a solution was programmed currently in daily use at six institutions worldwide.  Another five libraries (and a consortium) are testing Oable under live conditions.  In close cooperation with publishers and initiatives in the library sector — e.g., OpenAPC/OpenBPC — it was possible to create an offering for a vital requirement in the scaling of OA.

Without question, the participation of as many publishers and libraries as possible is of central importance in implementing a common OA marketplace.  Although publishers often point to their openness to innovation, they have shown little interest in change in recent years unless they could control it within their sphere of influence.  The collaboration around Oable, on the other hand, is encouraging: with an entry-level solution that is not technically complex, both small and large publishers can be integrated quickly.  The driver of the decision here is the library.

OA will only continue to develop dynamically if technical barriers and a high degree of intransparency disappear from the cooperation between publishers and libraries.  Oable contributes to promoting the emergence of processes that create decision-making security across organizational boundaries, contractual relationships, and media types and that exploit the potential of digitization much better than partial processes characterized by media discontinuities.

This blog post was originally published in the Volume 33, Number 4 of Against the Grain, Charleston Hub, on September 30, 2021: https://www.charleston-hub.com/2021/09/stop-look-listen-new-wilderness-in-orderly-markets/. 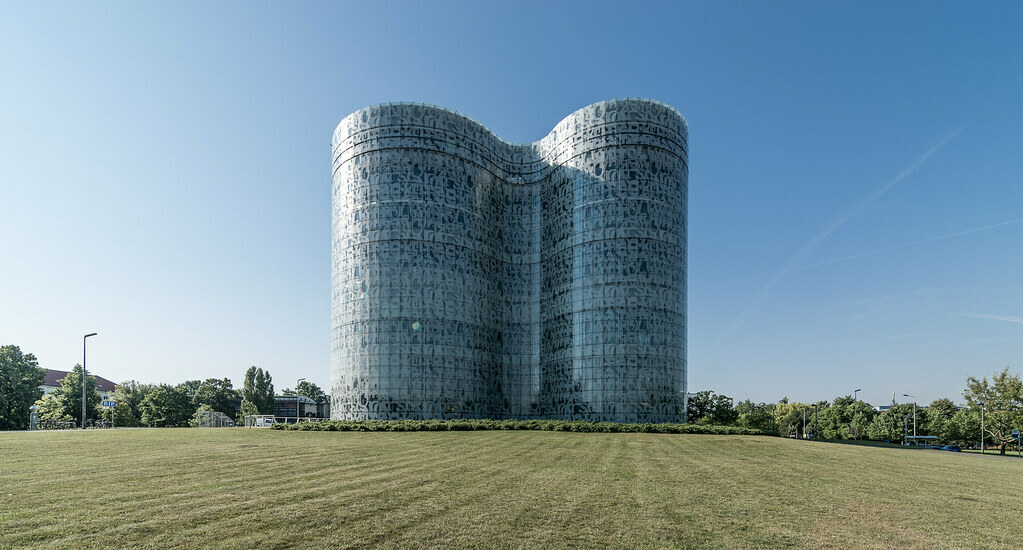 Academic Publishing in Times of APCs and Transformative Deals.