Where did the idea of starting an own press come from?

A couple of linguists connected to the Freie Universität Berlin (Stefan Müller, Anatol Stefanowitsch, Adele Goldberg, Thomas Herbst) met in 2012 and discussed that scholarly books were absurdly expensive and that things could not continue like that any longer. Everyone had their own share of ludicrous experiences with legacy publishers. This fell in the same time as the call to action by Tim Gower in “The cost of knowledge”.

So the idea of setting up a scholar-led press was born. At the same time, Martin Haspelmath at the MPI for Evolutionary Anthropology in Leipzig was thinking about the same issues, and so Stefan Müller and Martin Haspelmath jointly submitted a proposal to the German Research Foundation (DFG). That proposal was granted, and the rest is history.

It has been 8 years since the initial idea and 6 since it has been put in practice, how is the response from Linguistics communities?

Linguists are very enthusiastic about open access in general, as is shown by the Lingua->Glossa transition for instance. As a publisher, we do not have to convince authors that open access is a good thing; the authors demand open access. I suspect that this has to do with many linguists working with languages from economically disadvantaged regions in the Global South or elsewhere, and they have first hand experience of the prohibitive prices for accessing scholarly literature.

We started with 7 series in 2014 (phonology, typology, syntax, …) and have now grown to 25 series, extending to more and more subfields of linguistics, such as phraseology or Romance linguistics. For all of these series, the initiatives came from resarchers from those fields, not from the publisher.

We have a list of public endorsers, which stands at 1068 as of today, and we have around 400 volunteers who help with proofreading. Uptake varies between subfields, but for certain subfields, LangSci is on its way to becoming the publisher of choice, and the question is no longer “Why should I publish with LangSci?”, but rather “How could I not publish with LangSci?”

Our latest title ”Syntactic architecture and its consequences” is a three-volume collection of 62 papers by over 80 scholars in generative syntax, basically the all-time all-star team of that field, ranging from Noam Chomsky to Jonathan Bobaljik and Artemis Alexiadou. So, to answer the question: it seems fair to say that the response from the community has been overwhelming.

How does Language Science Press differ from a non-scholarly led press?

We do things researchers need, and we do not do things they do not need.

Researchers sometimes need only one chapter of a book, sometimes they need the whole book, so we provide PDF files both for chapters and for the whole book. This is something which sounds completely trivial, yet the legacy publishers somehow have not managed to cater to this need – and don’t get me started on embedded pdf viewers!

We have a very lean setup. We have no marketing department, no invoicing department and no storage since we don’t have to do any marketing, invoicing or storage. Since we do not charge readers, we can have very lean IT, no paywalls and no legal department. We do not have acquisition editors who are jet-setting across the world to visit all conferences in order to attract new authors since the authors are from within our very own community anyways.

People often ask:
“How many people are working for LangSci to produce 30 books a year?”

This is an interesting question. The bulk of the work is obviously being done by the researchers, so that is 30+, but this would be true for all other publishers as well, so let’s discount that. Then, we have 2 salaried positions at 50%, so that is 1.0 full-time equivalent. But then we also have 57 series editors, over 400 editorial board members and close to 400 volunteer proofreaders who also contribute their time as a service to the community.

This involvement of the community, the fact that linguists got their act together and got organized, is really what sets LangSci apart from other publishers.

What is the business model and how do you financially sustain the press?

We have no charges for readers and we have no charges for authors. We are financed by a network of 100+ institutions worldwide, ranging from the University of Stockholm to MIT. These institutions jointly finance LangSci as a platform. They commit to giving 1000 EUR per year for a period of three years. If we fulfill their expectations, they are likely to renew, otherwise they will most likely not participate in the next funding round.

We disclose our business data as far as possible. This means our revenues and our expenses are detailed in a blog post, normally in January, so that people can see where the money comes from and where it goes. LangSci is a “gemeinnützige UG”, ie a non-profit, so our profit margin has to be 0% by law. We do not have to satisfy the demands of shareholders for return on investment, we only have to satisfy the needs of the scientists.

Is there anything you would like to share with like-minded people who may be contemplating starting a similar initiative?

KEEP THE BRAND.
Make sure to get legal counsel on how you can protect the scholar-owned brand you will create. There are numerous cases of scholar-led projects where the brand rights ended up in the commercial sector because the academics couldn’t care less about this issue. This is the most important thing. DO NOT GIVE AWAY THE BRAND YOU ESTABLISH.

Where is LangSci headed within the next couple of years?

We are in the renewals phase for the next funding round 2021-23. We need 115 institutions until November, of which we have about two thirds right now. We think that we should be able to convince all those institutions of the quality of our initiative, but it will still require some work, by us and by our supporters.

We will probably get a couple more series, and we might go from 30 books to 40 books per year or so. How growth can be managed within a non-profit scholar-led initiative is a very interesting question, where a very vibrant discussion is still ongoing.

In 2018 Dr. Sebastian Nordhoff published a ‘’Cookbook for Open Access books’’, describing the experiences of setting up a community-based publisher. The book can be accessed here.

To learn more about Language Science Press, their titles, or the current renewal campaign have a look at https://langsci-press.org, https://www.knowledgeunlatched.org/language-science-press or contact Dr. Sebastian Nordhoff at sebastian.nordhoff@langsci-press.org

Back to Books
Next 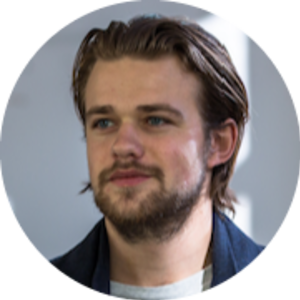