The recent deal between the University of California and Springer Nature exemplifies the implications of the coronavirus crisis as a demand shock for the journal publishing market.

Among the key underpinnings of this deal is the dwindling demand for the pay-to-read subscription agreements on the part of research universities and organizations that likely perceive pay-to-publish frameworks as transition paths toward financial sustainability. This development also likely puts a downward pressure on revenue levels of academic publishers that likely need to re-equilibrate their internal cost structures accordingly, especially in view of the continued growth of the Open Access sector.

Yet Open Access models based on immediate universal access to scholarly papers after their article processing charges (APCs) are defrayed will not necessarily become dominant in the publishing markets, as, to offset completely the item-level publishing costs, they will have to range between 10,000 USD and 40,000 USD in the science, technology, medical, mathematics and engineering sector, which is not likely to occur in the near future and to meet with demand in the humanities and social sciences fields. Thus, large publishers, such as Springer Nature, can be expected to transition to Gold Open Access models to a limited extent only, as they are likely to prefer not to destroy demand for their subscription-involving offerings, such as hybrid and Green Open Access models.

Furthermore, by likely reducing the available university library budgets, such as for subscription agreements, the coronavirus crisis can be expected to have depressed the equilibrium prices in the publishing market, while likely constraining the demand for journal collections. On the one hand, the read-and-publish deals take that into account by partly discounting APC costs from the eventual subscription budgets. On the other hand, by targeting universities with a strong output of research papers, publishers opting for transitional agreements tap into market segments with remaining inelastic demand for their services.

Especially since the APC levels tend to range from few hundred to several thousand USD across the supply side of the Open Access publishing market, as it grows, it also puts under increasing pressure the traditional publishing models, such as that of the Cambridge University Press and Wiley which have entered into transformational deals with the University of California and OhioLink respectively in 2019, as researchers, libraries and universities weigh the trade-off between the costs of collection subscriptions and the dissemination of research results across the article publication and access cycle.

Similarly, Elsevier’s deals with the California State University and the University of Florida, which comprise waived or discounted APCs, indicate that the already disequilibrated journal publishing market, in which subscription prices rose higher than inflation rates for decades, suffers from a further Covid-related demand shock. As existing subscription agreements expire, read-and-publish, transformative frameworks can be expected to be gaining in market share.

Yet the transition to read-and-publish agreements can be perceived as unsustainable in the long term only if Gold Open Access is perceived as a dominant model, since hybrid and Green Open Access can both match the equilibrium prices on the demand side and extend their customer base beyond institutions generating the majority of research output, which APCs inherently target, through restricted access to latest articles.

Back to Basics
Next

The recent read-and-publish deal between the American Chemical Society and the Polish Academic Consortium (http://www.stm-publishing.com/american-chemical-society-signs-transformative-open-access-agreement-with-polish-academic-consortium-2/) supports the point this post makes, especially since the latter consortium likely sees in the implementation of the Plan S a long-term goal, even though the journal publishing market will not necessarily converge on a single Open Access model.

It will be interesting to see the impact of transitional models such as read and publish on the library market. Since these deals only work with institutions with high publishing volume, and smaller universities with less publishing activity are suffering from deep budget crises and are canceling journal subscriptions and packages as a result, it seems that publishers are taking a short-term view: protect their relationships with their strongest customers and allow the smaller fry to whither slowly away. Since the small fry don't contribute enough via Gold OA to bother with and publishers can no longer count on the volume of subscriptions from the smaller fry, they prefer to consolidate their productive relationship in the short term via read and publish deals with the bigger players and just allow smaller fry to submit articles to the subscriptions journals. It's hard to see how this tactic can work in the longer term...

At the same time, there is a lack of studies comparing the total costs of reading access agreements and publishing costs, such as in the closed access model as opposed to Gold Open Access. Larger players on the library side of the market, such as the University of California libraries, are likely to be aware that their higher output volumes will inherently drive their article processing charges' costs upwards, which also creates a financial incentive for closing transition agreements, to reap the economies of scale. However, the latter do not necessarily exist on the publisher side for Gold Open Access, as citation impact and product quality consideration are likely to set limits for that. This does create economic incentives for entering new markets and growing the market share with possibly non-positive effects for smaller-scale players. 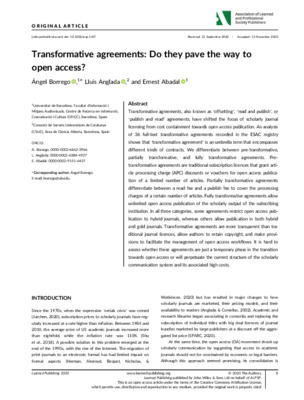 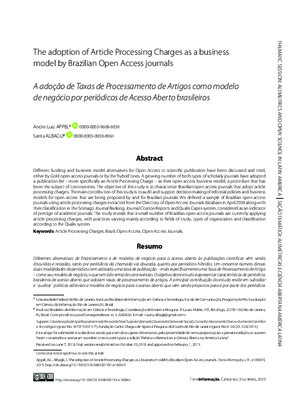 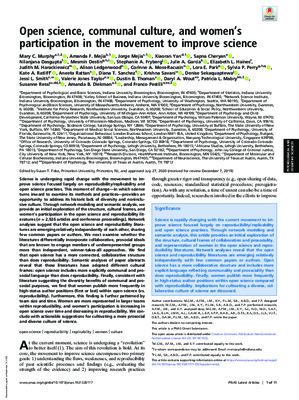