As part of my recently completed doctoral research at the University of Zagreb — which examined the factors that contribute to the sustainability of collaborative Open Access (OA) models for scholarly books (i.e., monographs) — I surveyed librarians across Europe with knowledge of or dealings with OA monographs and collaborative OA business models designed to finance their publishing. The study focused exclusively on monographs (not journals) and on collaborative business models referred to as crowdfunding or cross-institutional global initiatives. Examples of such initiatives include (but are not limited to) Knowledge Unlatched, Unglue.it, and Reveal Digital.

Crowdfunding in academic libraries is a funding model for OA scholarly books that has attracted the academic community’s attention for much of the last decade. According to this model, institutions worldwide join forces to ‘open’ scholarly books or collections of scholarly books most often referred to as ‘monographs.’ Some have a very narrow definition of monographs (long-form scholarly argument on a very specialized academic topic, authored by a single or a group of scholars), while others accept a broader definition (thus also calling edited collections of essays on a specific academic topic monographs). Such OA collections may be multi-disciplinary, subject-specific or tied to individual publishers. The funds collected via crowdfunding are distributed to publishers and authors to help scholars and/or institutions avoid Book Processing Charges (BPCs) and to help publishers and/or authors cover the production costs associated with publishing monographs.

While the quantitative method of the months-long research involved a thorough examination of OA book usage data for 167 institutions in 32 European countries (inside and outside the European Union) — and examined the profiles of the institutions supporting such initiatives to determine the type of institutions that appear to be more inclined to invest in such initiatives (including, e.g., the institution’s world ranking, its international outlook, research output and the number of FTE students and faculty as ranked by three well-known university ranking sources) — the research was supplemented by an anonymous, multi-national survey of librarians across Europe to determine their attitudes about and perceptions of global collaborative OA models and their motivations for supporting (or not supporting) them. The survey’s goal was to deepen the understanding of the factors that may contribute to the long-term sustainability of such business models beyond those examined in the quantitative part.

Read about the findings of my survey on the Knowledge Future’s website, which features the full article: https://commonplace.knowledgefutures.org/pub/ff7gb1h2/release/1/.

Open Access Facilitates Data Discovery, Was Instrumental During the COVID-19 Pandemic and Grows in Usage for Reference, Journal Databases 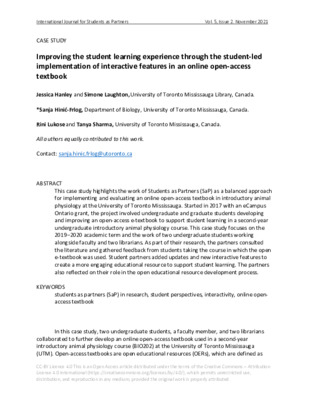 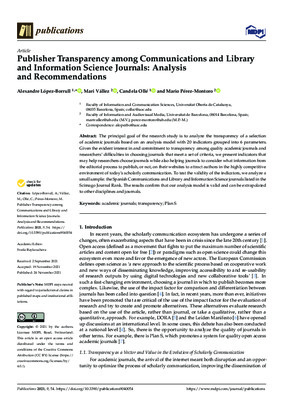