This episode of the Against the Grain podcast, published on Jul 26, 2021, features a conversation with Ewoud Compeer of Oxford University. The interview was conducted by Matthew Ismail, Editor in Chief of the Charleston Briefings and Conference Director at the Charleston Conference.

Ewoud Compeer is a Dutch biomedical scientist and immunologist.  He has held research positions in the United States, the Netherlands, and Australia. Presently he is based in the United Kingdom (UK) at the University of Oxford. In the domain of immune system science, his research revolves around how immune cells communicate with one another and what factors that involves.

Ewoud is keen to explore how the research environment in medical sciences can be improved by becoming more inclusive, open and transparent. His belief is that the environment in which research data and study designs are not available along with published research results is no longer tenable. According to Compeer, this lack of transparency is at the core of the reproducibility crisis. This refers to the phenomenon that the experimental, or other empirical, setups upon which published research is based cannot necessarily be reproduced by other researchers.  The lack of reproducibility can cast doubt on research findings. This also likely raises a broader concern about the robustness of published science. Ewoud believes that one needs to create an environment of Open Access to finished publications and empirical data both to make research more rigorous and to promote confidence that science can be trusted.

Ewoud founded a not-for-profit organization for the dissemination of science and scientific exchanges between the Netherlands and the UK.  He also is an eLife ambassador advocating for Open Science around the world.  On the background of the global pandemic, the present period invites this talk about the reproducibility crisis in science.

I work extensively with the Charleston Conference, both as editor in chief of the Charleston Briefings and as a Conference Director. I worked for 20 some years as an academic librarian specializing in collection development, including six year stints in Sharjah, United Arab Emirates and Cairo, Egypt.

I also teach meditation, especially yoga nidra and other forms of sitting meditation related to yoga. My website is https://www.dostmeditation.com/ 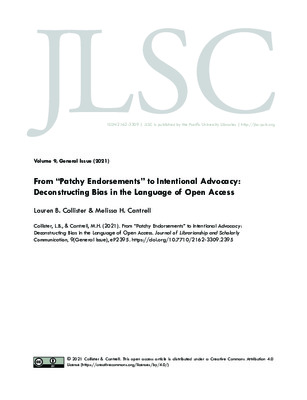 Collister, Lauren B., and Melissa H. Cantrell. "From “Patchy Endorsements” to Intentional Advocacy: Deconstructing Bias in the Language of Open Access." Journal of Librarianship and Scholarly Communication 9.1, (2021). 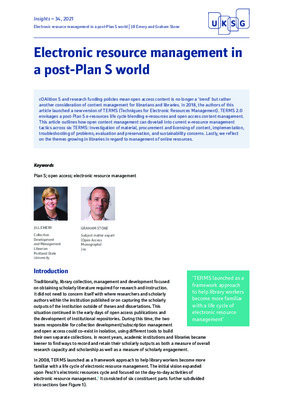