The OAPEN (Open Access Publishing in European Networks) platform comprises 18,634 book titles in Open Access at present. It is notable that Open Access is not fully covered by Creative Commons (CC) licensing agreements, as not only alternative Open Access licenses exist, but also book titles can be in de facto Open Access, such as via being freely available for reading and downloading, in conjunction with copyright retention by book publishers or content providers. Similarly, CC licenses generally allow for the copyright retention by content authors as well. Moreover, all CC licenses are designed to protect scholarly authors from misattribution and reputational risk, despite their non-exclusive character.

In brief, CC licenses for content include not only the one requiring an attribution to the author or authors it was created by (CC BY), by also those requiring additional conditions, such as share alike (CC BY-SA), non-commercial use (CC BY-NC), no derivatives permitted (CC BY-ND) or logical combinations thereof, e.g., credited, non-commercial, same-terms adaptations allowed (CC BY-NC-SA) and creator-credited, non-commercial, no-adaptations content (CC BY-NC-ND), since share alike (SA) and non-derivative (ND) use permissions largely amount to licensing terms that are in part mutually exclusive. Additionally, public domain titles are covered by zero-level CC license (CC0) that does not entail any restrictions whatsoever.

Consequently, it is remarkable that at the OAPEN platform the more restrictive CC license (CC BY-NC-ND) accounts for around 40% of its holdings (7,513 titles), whereas the increasingly preferred and most permissive attribution-only CC license (CC BY) corresponds to around 25% of OAPEN holdings (4,700 books). Furthermore, while at OAPEN alternative Open Access licenses cover only 7.5% of its content (1,407 titles), this level is slightly higher than for closed-access but downloadable content with all rights reserved content (7.4%; 1,380 titles) and for other CC licenses and for the non-commercial CC license (CC BY-NC) (7.5%; 1,399 titles). Other CC licenses, such as CC BY-SA (842 titles), CC BY-NC-SA (508 books) and CC BY-ND account for less than 5% each, which suggests their limited use in the Open Access sector.

In this respect, of the OAPEN titles transitioned into Open Access by Knowledge Unlatched (KU), which comprises 2,949 items, 69% (2,044 titles) are covered by the relatively restrictive attribution-based, non-commercial, non-derivative use CC license (CC BY-NC-ND), which is higher than the share of items under this license in OAPEN as a whole. Yet, the presence of the attribution-only and non-commercial attribution CC licenses (CC BY and CC BY-NC) among KU items at OAPEN covering 354 (17%) and 333 (16%) books respectively also suggests that other license types are present to a limited extent only in this subset of titles accounting for around 16% of overall OAPEN book holdings.

Similarly, with 15,202 book titles, the Open Research Library (ORL) has 62% of its items (9,385) covered by CC BY-NC-ND licensing terms, which differs significantly from OAPEN but has a 7 percentage-point gap only from the presence of this CC license among KU-only items. The second largest license group of ORL titles requires attribution only (CC BY): 2,567 (17%), which is identical to the share of this CC license for KU content. In contrast, at the ORL the CC non-commercial license items (CC BY-NC) account for 10% only (1,538 titles), which is comparable in both absolute and relative terms of the presence of this license at OAPEN. Likewise, the CC share-alike licenses cover 1,154 items only at the ORL, which corresponds to 7.6% of its overall book holdings and significantly exceeds the presence of this CC license type both at OAPEN and among KU items. At the ORL, other license types do not have a presence above 2.3%, such as for the no-derivatives CC license (CC BY-ND) with 360 titles. 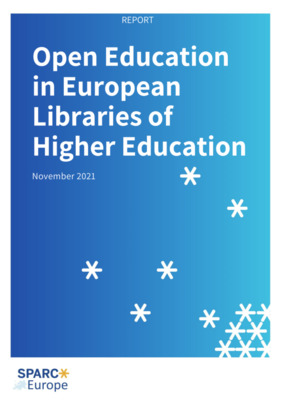 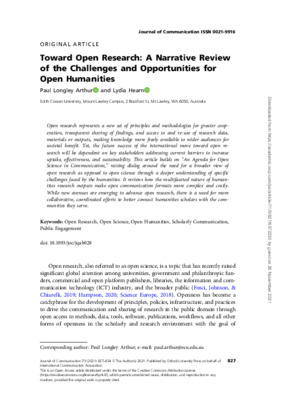 Arthur, Paul L., and Lydia A. Hearn. "Toward open research: A narrative review of the challenges and opportunities for open humanities." Journal of Communication, 71(5), (2021). 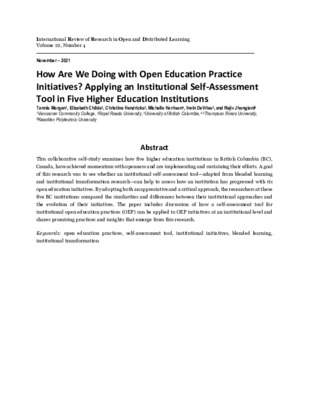 Morgan, Tannis et al. "How Are We Doing with Open Education Practice Initiatives? Applying an Institutional Self-Assessment Tool in Five Higher Education Institutions." The International Review of Research in Open and Distributed Learning, 22(4), (2021). 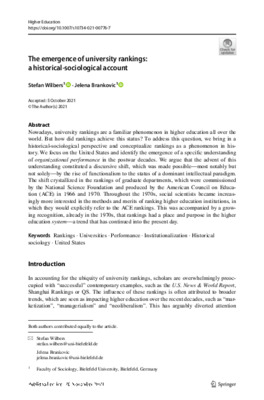