With regard to Berlin, its Open Access strategy comprises the attainment of the aim that 60% of journal articles are to be published via either Gold or Green Open Access models by 2020, while seeking to increase the share of monographs and book series in Open Access. Associated initiatives also encompass Open Access to research data, as well as other content forms, in order to ensure their long-term accessibility and re-use, e.g., via digitization projects. In this respect, Berlin’s Open Access strategy, as initially formulated in 2015, also goes back, in terms of its principles, to the Berlin Declaration on Open Access to Knowledge in the Sciences and Humanities announced in 2003, while covering the financial, legal and technological preconditions for the implementation of its Open Science plans.

From this perspective, on the local level, the advancement of Open Research and Open Science initiatives can demand an inter-organizational cultural change, as it involves increasing the extent to which publication- and data-related processes are transparent, participative and sustainable. Berlin’s case suggests that, for the achievement of these aims, coordination and counseling functions may need to be performed by either research universities or municipal organizations. Yet, these efforts may also require digital infrastructures, expertise inputs and policy harmonization, across different local, regional and international stakeholders.

In other words, either the implementation of Open Access policies or their eventual success can depend on local network density, cooperation efforts and national or regional frameworks, precisely since Open Science can have positive spillovers beyond publishing initiatives, such as for the visibility of local universities. Consequently, either individual universities or global cities can be seeking to spearhead transitions to Open Access, as part of their positioning strategies.

For instance, while taking place both online and on-site, the 2020 Open Science Conference, which took place in Berlin on March 11-12, has brought together a diverse group of attending stakeholders representing university libraries, research organizations, such as Leibniz Information Centre for Economics, and policy-making bodies, in order to promote the development of Open Access both locally and internationally. Similarly, in reflection of its policy environment, Berlin hosts the yearly Academic Publishing in Europe conference, which addresses the interlocking issues of scientific innovation, policy frameworks and publishing models, with Open Access among these. This allows Berlin to serve as a meeting place for regional and global policymakers, Open Science advocates, publisher representatives, industry associations and funding agencies, as large-scale transitions to Open Access are entertained around the world, such as in China, India, United States and Zambia.

Via these events, Berlin plays an active role in steering the public discourse on Open Science, coordinating efforts and initiatives for its funding and sharing best practices in the domains of policy making, strategy harmonization and coordination infrastructures, e.g., through the networking efforts led by the Council for National Open Science Coordination. At the same time, the Covid-19 pandemic both puts limits on the scale and format of events to which Berlin can play host and makes the task of addressing the barriers to Open Access related to discipline-level, organization-policy or expertise-building challenges ever more urgent.

It is interesting to note that in January 2020 at the Academic Publishing in Europe conference in Berlin, Wiley executives, in reflection of the growing publishing industry consensus, have already been endorsing the values of openness, collaboration and transparency, in accord with the principles of Open Science, while putting Berlin on the global map of Open Access: https://www.bloomberg.com/opinion/articles/2020-01-16/berlin-academic-publishing-conference-shows-shift-in-open-access. 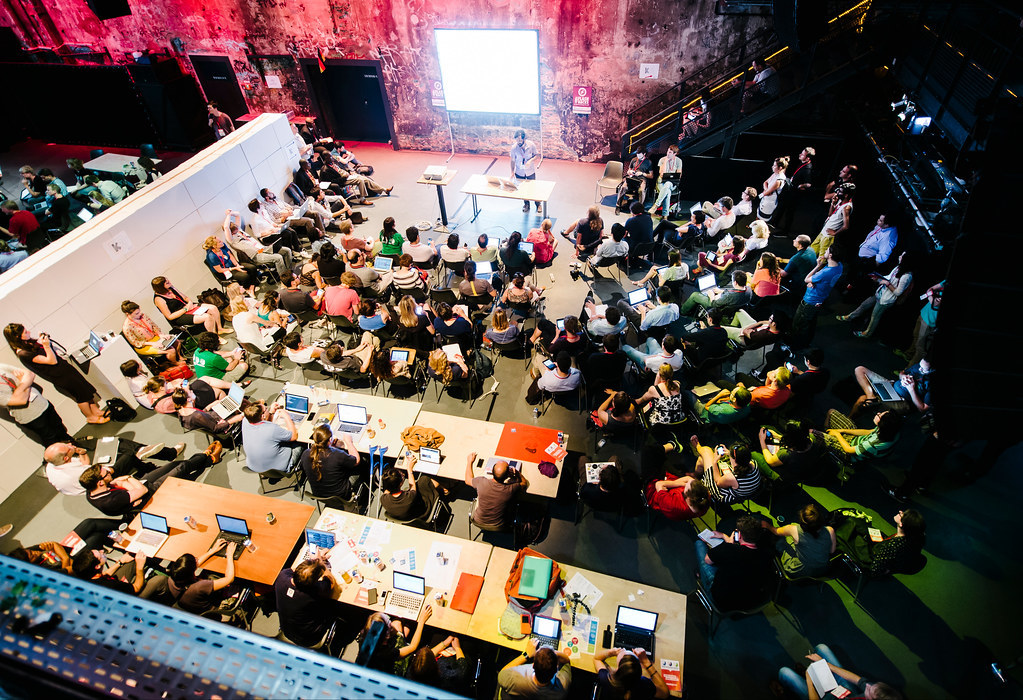 In many cases, Open Access policies and strategies represent aspects of the competitive advantage that clusters of local organizations, e.g., in Berlin, can offer via targeted funding, negotiation frameworks and support mechanisms.