A Way Forward for Open Access in Challenging Times 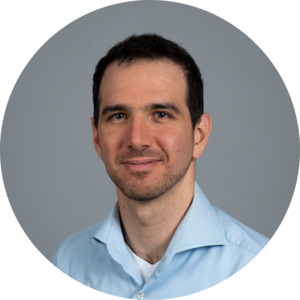 Amir Kahana, one of the newer members of the Knowledge Unlatched (KU) team, joined the organization in January of 2020. Residing in Berlin, where KU’s headquarters are located, he is fluent in English, German, Chinese and Hebrew and manages our outreach to libraries in Asia.

Amir has recently written an article, Riding the Tide: Open Access Books in the Humanities and Social Sciences, for presentation at the Shanghai International Library Forum (SILF) 2020 in October. The article examines recent trends and developments with Open Access (OA) books, utilizing usage patterns of KU titles from the last three years and exploring the unique role of OA content during the COVID-19 pandemic crisis.

While we cannot yet publicly share the full article, we thought it worthwhile to share some findings. They are of special interest to KU now that we have documented the successful unlatching of over 2000 scholarly monographs, which have been accessed by users worldwide over eight million times.

What comes as no surprise is the conclusion that OA content has seen increased usage over time, partly a reflection of the quality of the content being made OA, partly due to the expanding corpus of scholarly content accessible without restrictions. If anything, the COVID-19 crisis is driving more usage of OA content worldwide. Though it is too early to draw conclusions from our usage statistics, the stark increase in usage of KU titles during the first months of 2020 could indicate a possible effect of the crisis. This is also not surprising. OA content is not only free, but also freely sharable, fostering collaboration in a time when researchers are as isolated as the rest of us and needing immediate, no-barrier access to up-to-date research.

One question that has surfaced is the effect on the sustainability of the Gold article processing charge/book processing charge (APC/BPC) model if university and library coronavirus-related budget cuts are as deep as feared. The APC/BPC impact on some larger research-intensive universities can run into the hundreds of thousands of dollars, euros or pounds. Will universities be willing to maintain those expenditures in the face of severe budget shortfalls? The effects of the last financial crisis of 2008 as well as the recent trends in academic libraries (e.g., cancellations of Big Deals) cast doubt on this.

More collaborative models, as championed by KU and Subscribe-to-Open, offer a way forward by sharing the financial impact among hundreds, if not thousands, of libraries around the globe, each contributing a modest amount to collectively pay publishers to make their scholarly book content, books and journals, OA. Amir’s research supports the notion that collaborative models point a way forward in these challenging times and should no longer be considered alternative but rather essential. What was once a novel approach started by Frances Pinter at KU seven years ago now appears to be morphing into something mainstream.

We look forward to sharing the link to Amir's full article once it is publicly available.