The research project of by Katie Wilson et al. (2019) has analyzed access policies from twenty academic libraries worldwide, to find that individuals without university affiliation oftentimes experience financial and administrative barriers to accessing non-digital collections. In addition, Open Access policies, such as for research result sharing, of these institutions have not been found to comprehensively alleviate public access issues. In other words, Open Access policies can be expected to facilitate knowledge sharing to a limited extent only. At the same time, as Open Access gains in adoption, becomes increasingly mandated and receives financial support, institutional barriers to knowledge, such as on-location access fee requirements, are likely to become reduced as well.

This study conducted in the framework of the Curtin Open Knowledge Initiative, emphasizes the importance of community engagement for academic libraries. As part of this, growing awareness exists concerning the access needs of external library users, such as laypersons or businesses. Yet the availability of electronic resources has in many cases been combined with differentiated, fee-based access policies for specific user groups. For unaffiliated researchers, the implications of these policies are financial barriers to university knowledge, especially in North America.

Around the world, country-level differences in library accessibility exist as well. Whereas closed stacks policies largely continue to be in place, in some cases, such as in Finland or Italy, university libraries offer unrestricted collection browsing, to facilitate social inclusion and access to knowledge. However, in Canada, access to publicly funded institutions, such as academic libraries, is not a legally anchored, universal right, while remaining conditional on a library’s mission and policies.

At the same time, given that academic libraries have to cover administrative, subscription and other costs, such as for electronic collection access, the adoption of Open Access models can both promote financial sustainability and external resource accessibility, but does not single-handedly resolve the issues of their funding, copyright restrictions and physical access limitations, such as for non-digital collections.

Moreover, according to Katie Wilson et al. (2019) only one out of twenty researched libraries provides access to its electronic resources to unaffiliated users, whereas in their absolute majority these institutions place an emphasis on on-site services, such as borrowing privileges, computer equipment and free Wi-Fi. Thus, for the sampled academic libraries their status, as public institutions, has, nevertheless, involved charging various fees, such as day visitor fees.

This coexists with high levels of Open Access policies implemented by libraries, such as the maintenance of institutional repositories by 17 of them. However, for only a minority of these public libraries, such as around 7 institutions, this also entails not levying fees for public access or removing physical access restrictions.

This accounts for a partial overlap only between the degree to which Open Access policies are present and overall knowledge accessibility on the level of individual libraries, as Wilson et al. (2019) demonstrate.

Featured Image Credits: Brisbane. The Lands Administration building. Built from 1899 to 1905. A statue of Queen Victoria is in frontn of it. Built in golden coloured sandstone, Australia, July 22, 2018 | © Courtesy of denisbin/Flickr. 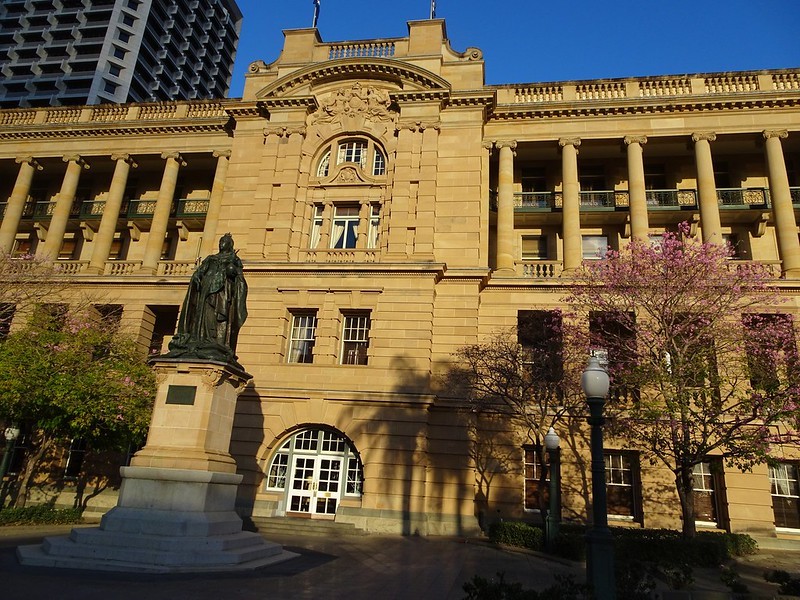