As a recent case study by Alperin, Gomez and Haustein (2019) suggests, the promotion of Open Access is primarily likely to promote the unrestricted flow of scholarly findings across professional, science-related networks.

Whereas social media platforms, such as Twitter, can be expected to open the communication circuits of scholarly communities to the lay public, the dissemination of new knowledge that scientific articles and findings contain does not necessarily spill over the boundaries of respective networks of researchers, institutes and universities, as Alperin, Gomez and Haustein (2019) largely demonstrate in their case study. In other words, Open Access potentiates cross-network communication, but does not necessarily lead to it. Likewise, existing social media networks tend to support both esoteric conversations among specialists or scientists and exchanges among lay audiences, which more often than not fail to overlap.

Though Twitter is readily used in social media conversations around scientific articles, given that around 20% of which become shared on this platform, as previous studies indicate (Haustein, Costas, and Larivière, 2015), the more significant detected effect of this is on article citation metrics that are slightly buoyed by social media attention. Likewise, Alperin, Gomez and Haustein (2019) discuss in their literature review, altmetrics-based studies largely indicate that article sharing primarily occurs within scientific communities, rather than beyond their boundaries.

Using the social network analysis methodology, Alperin, Gomez and Haustein (2019) have largely found that on its own the sharing of scientific articles, e.g., on Twitter, reinforces existing academic networks, such as in the 90% of sharing instances, rather than reaching cross-disciplinary or non-specialist networks. This could be due to a relatively low density of scientific networks on Twitter with well-networked core user groups and various sub-communities father afield.

In combination with the emphasis of Twitter on real-time communication and real-time feed updating, user profile archives can be expected to be rarely consulted, this effectively leads to the effective network attention spans of 10 days to scholarly articles in over 90% of cases (Alperin, Gomez and Haustein, 2019). Despite existing deviations from this pattern, another implication of this is that social network sharing of article-related posts, such as re-tweets, do not make a significant contribution to their diffusion.

Consequently, conventional social platforms, such as Twitter, do not necessarily extend the span of social media attention to scientific articles beyond the average, unless they host highly integrated and structured academic networks. Similarly, given that the absolute majority of article-based social media posts largely fade from community attention after 2.5 days at most, the needs of diverse, dispersed and loosely structed scholarly communities can be expected to be met by existing social media networks to a limited extent only (Alperin, Gomez and Haustein, 2019).

The dynamics of Twitter communication may, thus, pose barriers for scholarly content communication to break out beyond the boundaries of closely-knit specialist communities to other audiences. 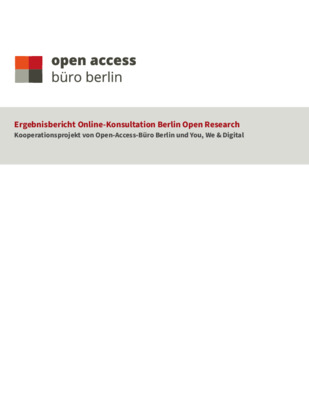